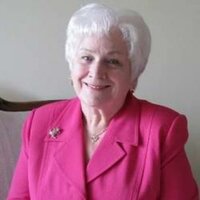 It is with great sadness that the family of Vera Gelena (Larlee) Lardy announce her passing on December 30,2021 in Fredericton, New Brunswick. Vera was born in Plaster Rock, New Brunswick on April 3rd,1935. She was the daughter of the late Ralph and Ethel (Padget) Larlee. She is survived by Pierre Lardy of Plaster Rock; daughters Kimberly Riddoch, and Trena Thiessen (Ronald) and son Kevin Giberson (Betty); also several grandchildren and greatgrandchildren all of British Columbia; brothers Howard Larlee (Elizabeth) of British Columbia, Glendon Larlee (Marsha) of Ontario, sisters Caroline Elliott (Arthur) of British Columbia and Audrey Uppal (Mahendra) of Fredericton, New Brunswick. Vera had a kind and generous heart and always showed empathy to those in need of caring and love. Her greatest joy was getting together with family and friends to sing and she never missed a chance to dance. She was a true and long-time friend to many. She will be greatly missed by us all. Respecting Vera’s wishes, there will be no visitation or funeral service held. In lieu of flowers, donations to Hospice House Fredericton would be appreciated by the family.