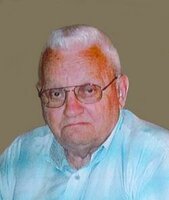 The family of James Warren McNamara are sad to announce his sudden passing at the Dr. Everett Chalmers Hospital on Saturday, April 9, 2022 at the age of 87. Born at Harwood Ridge, NB on April 28, 1934, he was a son of the late J. Harold and Ruby V. (Brown) McNamara. Warren began his career working in Construction after graduating from Minto Memorial High School in 1954. He worked on Base Gagetown and the Beechwood Dam when they were being built as well as in Saint John. He was one of the first Licensed Journeyed Carpenters in the Province of New Brunswick. He later began his teaching career at the Minto Memorial High School. In 1959 he came to Fredericton to do some supply teaching at Albert Street School. He taught at Albert Street School until 1971 when the New Fredericton High School was opened. He taught construction there until his retirement in 1992. He also taught furniture refinishing in night school. His teaching career spanned 35 years. He loved to teach and was always consistent in making his classroom a better place for his students. He was a teacher with a great source of knowledge and he encouraged his students to always do their best. Warren loved the great outdoors and thoroughly enjoyed himself when he could get away and go snowmobiling or four-wheeling. He loved going to the camp and enjoyed the peace and quiet. He loved seeing all of his family. He was a Master Craftsman and loved furniture refinishing and any other kind of woodwork. His woodwork creations were absolutely beautiful and done with the greatest detail Warren leaves behind his loving and devoted wife of 61 years, Greta M. (Richardson) McNamara; two much loved and adored children, Sheryl McNamara and Andy McNamara also two very special chosen granddaughters, Chelsea and Keira. He also leaves behind a sister, Thelma Gallant (Fred), a brother Wellington McNamara (Betty), a sister-in-law Dot West and a brother-in-law Willis Richardson (Roberta), numerous nieces and nephews. In addition to his parents, Warren was predeceased by an infant daughter, Wanda Mae McNamara, a brother Malcolm (late Glenna) and sisters Helen, Phyllis and Joyce. Visitation will be held at McAdams Funeral Home, 160 York St., Fredericton on Wednesday, April 13, 2022 from 6 PM to 8 PM. The funeral service will be held at the J.A. McAdam Memorial Chapel on Thursday, April 14, 2022 at 1 PM. Pastor Wayne Flowers will officiate assisted by Pastor Verner Drost. A private family interment will be held at a later date. For those who wish to make a memorial donation in memory of Warren the family has suggested the Canadian Diabetes Association.