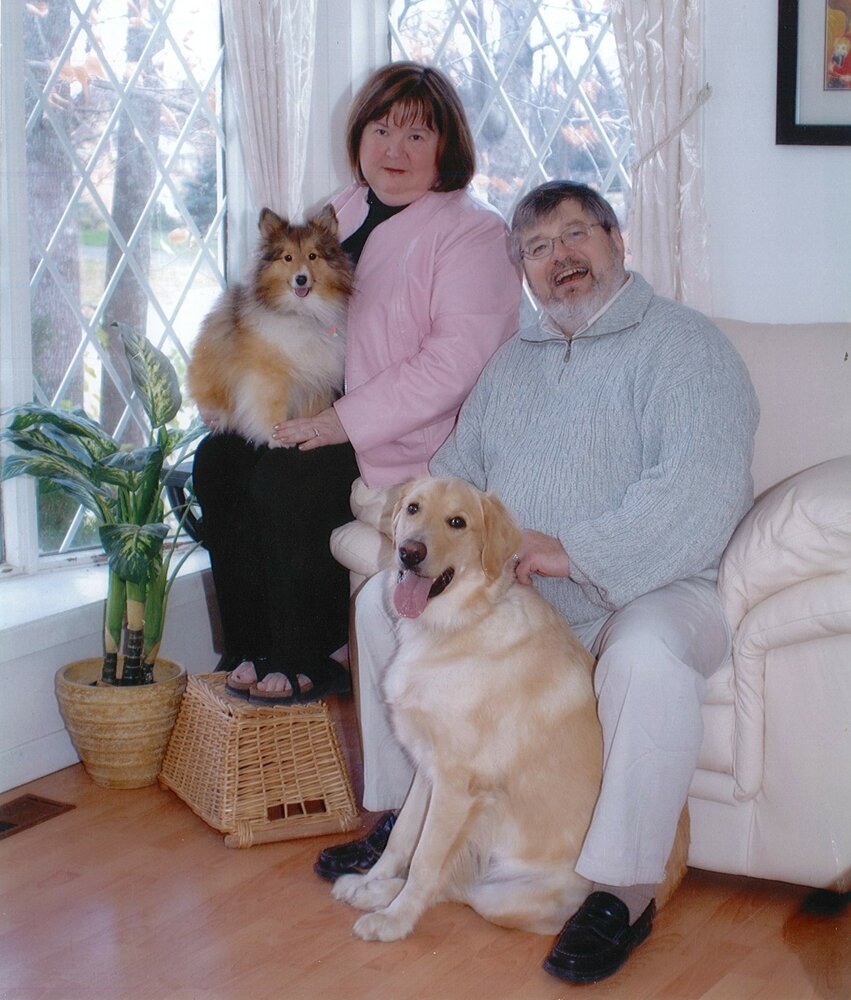 It is with sadness we announce the passing of Betty Lou Brown, 69, of Fredericton, New Brunswick. Betty passed away in her home on Friday, October 21st, 2022.

After graduating from Fredericton High School in 1971, she briefly attended Teacher’s College but got married in the fall.  Betty spent her early days raising her family and taking care of the house.  She often did volunteer work for organizations such as Meals on Wheels and the local library.

In later life, Betty really bloomed.  She went to NBCC and worked at UPS for over 5 years where coworkers and customers alike loved her.  She ended her career as a financial service representative at CIBC in 2010, after a long struggle with a prior back injury. She met the love of her life, Michael David Martin and they wed on Valentine’s Day in 2005.  She and Mike shared many interests, including continuing volunteer work, gardening, and a great love for dogs. Chance, Casey and Abbey were among those dogs lucky enough to have Mike and Betty for lifelong companions.

Betty was predeceased by her husband Michael and her brother in law Zenus.

Arrangements have been entrusted to McAdam’s Funeral Home. Per her wishes, no funeral service will be held. For those who wish, memorial donations may be made to ElderDog Canada, who were a great comfort to Betty and her dog Abbey in their later days, or a charity of the donor’s choosing.

Share Your Memory of
Betty
Upload Your Memory View All Memories
Be the first to upload a memory!
Share A Memory