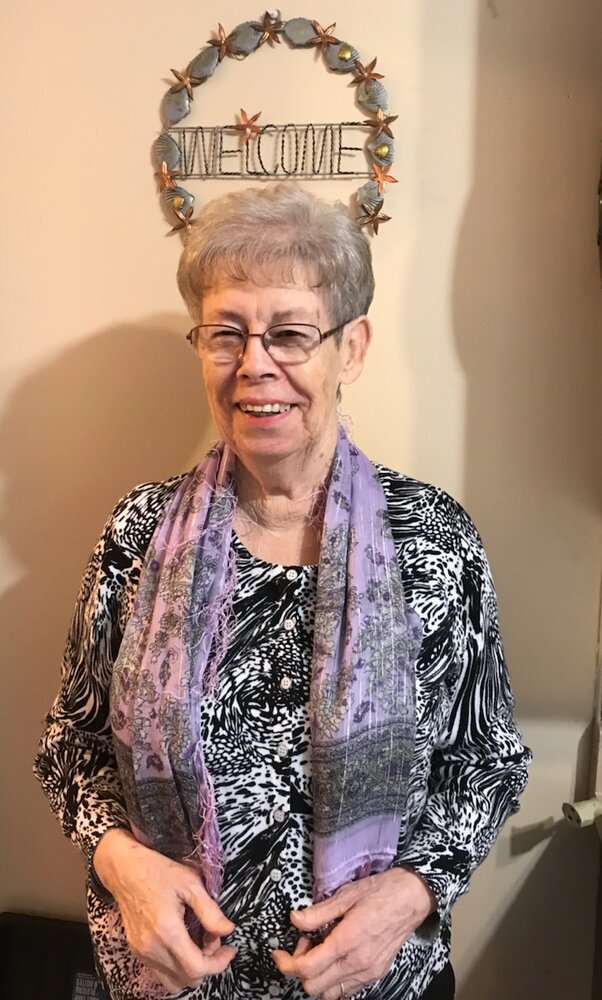 It is with heavy hearts that we announce the sudden passing of Jacqueline “Jackie” Lovely on October 27, 2022. She was born on April 13, 1941 in Lorne, New Brunswick, to Arthur and Olive (Furlotte) Godin.

She died peacefully, surrounded by family, at the Dr. Everett Chalmers Hospital (DECH) after a short battle with Alzheimer’s.

In addition to her parents, Jackie was predeceased by her husband of 41 years, Donnie, her sister, Valerie, her infant brother, Valmond, and an infant sister.

Many of you may remember Jackie as a waitress at the Zellers Skillet. She worked in the restaurant downtown and uptown for 34 years, retiring at the age of 60. There were times when you could not go anywhere without someone recognizing her. She enjoyed many hours of playing cards with friends and family, usually not winning, but she would always be up for a game. Her Wednesday nights were shared with her special friends playing radio BINGO, and again, not usually winning.

The family would like to express their appreciation to the staff at Eden’s Retirement Villa, and to the EMT’s, Doctors, Nurses, and staff at the Dr. Everett Chalmers Hospital. Also, a special thank you to the nurses on 3East, Palliative Care, for taking such good care of Mom and her family.

In lieu of flowers, donations to the Alzheimer’s Association, the Palliative Care Unit at the DECH, or to a charity of your choosing in Jackie’s name would be appreciated.

Share Your Memory of
Jacqueline
Upload Your Memory View All Memories
Be the first to upload a memory!
Share A Memory