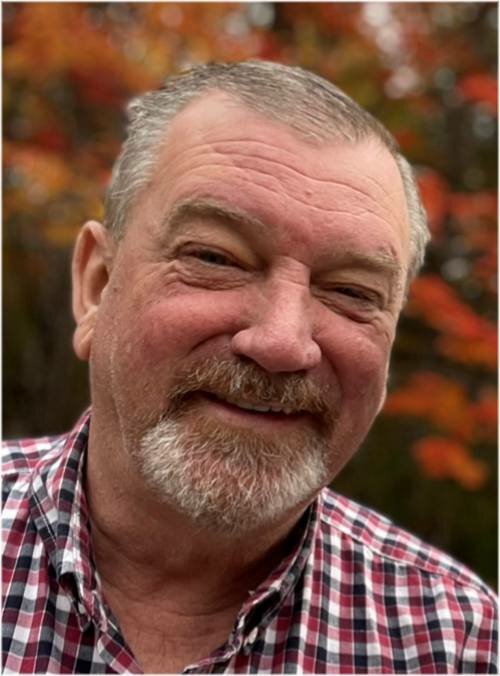 It is with great sadness that the family of Stephen Keays Matchett announce his death at the Dr. Everett Chalmers Hospital on Thursday, October 27, 2022, at the age of 59. Stephen, affectionately known as “Stinky” to the people who were closest to him, was born in Miramichi, NB, on December 9, 1962, and was the husband of Wendy (Carter) Matchett of Fredericton.

In addition to his wife, Wendy, he leaves behind his children, Calvin Stephen, and Danielle Olivia Matchett; sister, Dianne Mullin (Jack), Elaine Ashton (Brian) and Holly Sutherland (Kent); aunt, Amy Dunnett; many nieces and nephews; his mother-in-law, Jean Carter; and in-laws who loved him like a brother. Stephen was predeceased by his parents, Sinclair and Althea (Dunnett) Matchett, an infant sister, Rhonda and father-in-law, Claude Carter.

Stephen will be remembered by his family as a loving husband, father, and brother. He was selfless, generous, and had the greatest hands which he used to make the most delicious biscuits. As a dad, he was an amazing provider and shared a special bond with both of his children. He and his son Calvin were inseparable. Danielle, his daughter, referred to her dad as her “best friend”. He had a longstanding career with Scotiabank for 30 years and for the past 7 years enjoyed working at UPS. He also loved spending time in the woods and hunting.

There will be no formal services at his request. For those who wish to donate, it would be appreciated by the family to contact Shari Ross at Jobs Unlimited Fredericton by telephoning 506-458-9380 or by email to shari@jobsunlimited.nb.ca. A tax receipt will be provided. Messages of condolence can be expressed to the family through the McAdam’s Funeral Home website, www.mcadamsfh.com.

Share Your Memory of
Stephen
Upload Your Memory View All Memories
Be the first to upload a memory!
Share A Memory