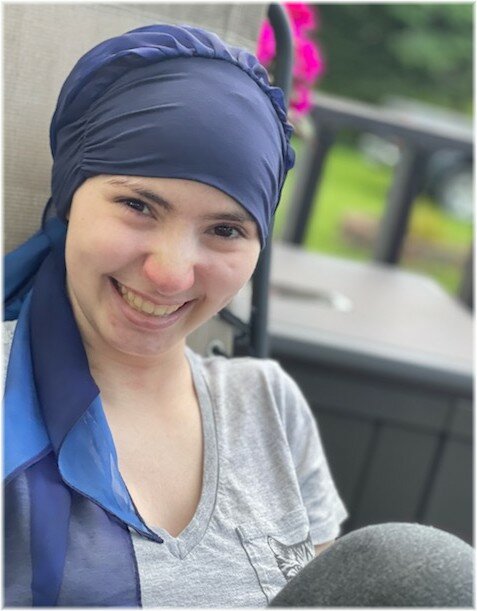 It is with heavy hearts that the family of Rebecca Stone announce her passing at Hospice House in Fredericton on Monday, November 7, 2022, at the age of 16. Born in Fredericton on November 30, 2005, she was the daughter of Jordan Hallett and Karen Stone of Fredericton.

Becca developed a small bump on her ankle in the spring of 2021 which was diagnosed as a malignant tumor (Ewing sarcoma) in July of 2021. While the tumor was killed through intensive chemotherapy and radiation, it was discovered that the cancer had moved and metastasized to the lungs. Her sheer will and courage were an inspiration to all who watched her take on the fight of her life head on without one complaint.

Becca was a shy, private person who excelled at school; and who also had a love affair with ice cream and anything dipped in chocolate. Her intelligence, wicked sense of humor and beautiful smile touched the hearts of all those who knew her. To know Becca was to love Becca.

A memorial service will be held at McAdam’s Funeral Home on Sunday, November 13th, 2022  at 1:30. A private interment will take place at a later time. For those who wish, donations in Becca’s memory can be made to the IWK or Make a Wish Canada.

Share Your Memory of
Rebecca
Upload Your Memory View All Memories
Be the first to upload a memory!
Share A Memory