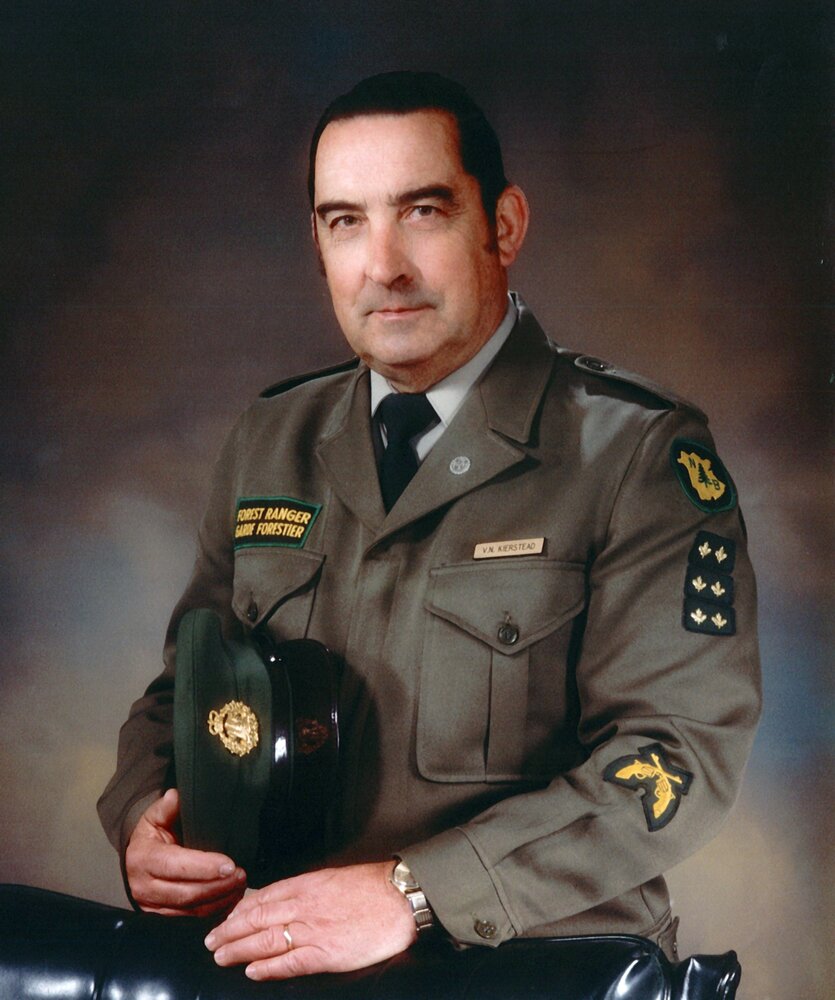 Vernon Norman Kierstead of Fredericton, husband of Joan (West) Kierstead, passed away at Mill Cove Nursing Home on Monday, November 21, 2022.  Born in Coles Island, NB on December 9, 1929, he was the son of the late Murray and Laura (Philips) Kierstead.

Vernon graduated from NB Forest Ranger School and worked for the province of New Brunswick for 35 years as a forest ranger, including many years as District Ranger for the Kingsclear District. He was an active member of Brunswick Street Baptist Church, where he was involved with numerous committees and activities during his many years there.

He remained very active in the Fredericton area throughout his long retirement. He spent summers at his cottage at Grand Lake, was an avid hunter, and enjoyed working in his woodlot at Coles Island, NB. Joan was the love of his life and he took great joy in helping his three boys and their families. He demonstrated his love for his Lord and Saviour in the way he tried to help people, and in how he raised and supported his boys.

The family would like to express sincere appreciation to Dr. Greg Haines and the staff of Mill Cove Nursing Home for their dedicated care and compassion during Vernon's final months.

Arrangements are in the care of McAdam's Funeral Home. In keeping with the family's wishes there will be no visitation. The funeral service will be held at Brunswick St Baptist Church, Fredericton, on Sunday, November 27th at 2:30pm. A private interment will take place at Forest Hill Cemetery at a later date.

For those who wish, remembrances may be made to Coles Island Cemetery, Canadian Cancer Society, Brunswick St Baptist Church Building Fund or to the charity of the donor's choice.

Share Your Memory of
Vernon
Upload Your Memory View All Memories
Be the first to upload a memory!
Share A Memory