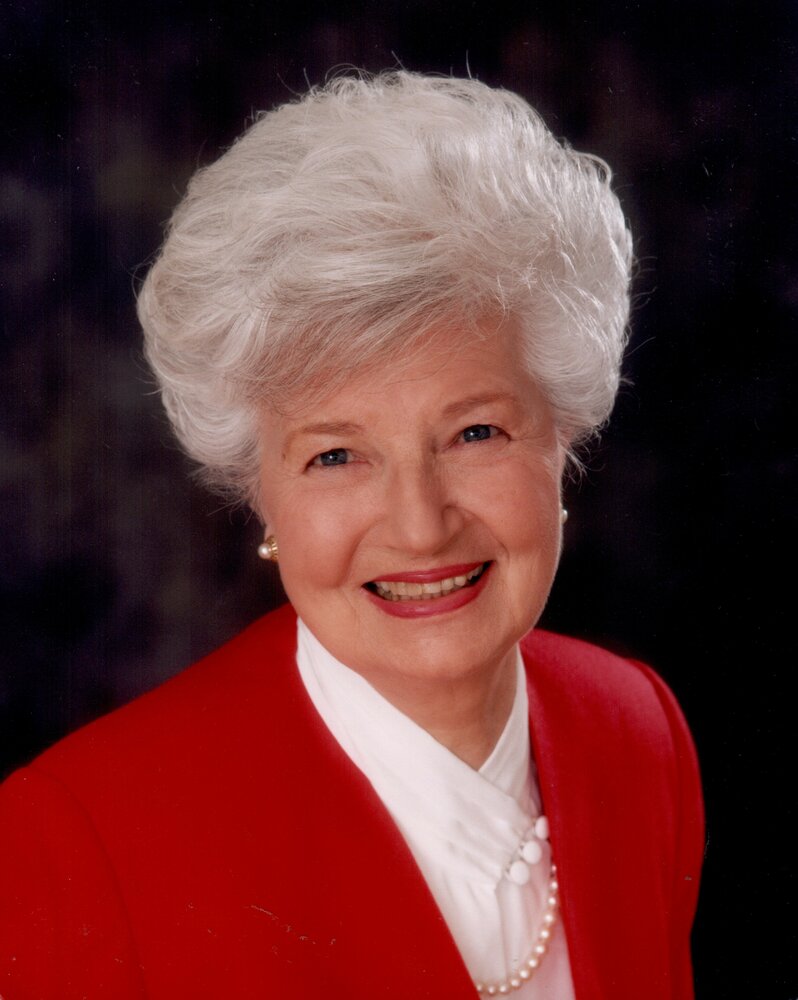 Despite the hardships of the Depression, she had a happy childhood with extended family, especially in Brockway. In World War II she was a civilian decoder with the RCN, and then served in the RCAF, Women’s Division. A reverse war bride, she sailed to England in August 1945 to marry Gordon Drain, an RAF navigator whom she had met while he was training in Canada. That marriage lasted almost 72 years.

They moved to Canada in 1957, living in Vancouver and in Montreal, and in 1969 moved to the US, returning to Canada in 2006. Wherever Gordon’s career with British Airways took him, she made a home for him and their children, and contributed generously to her church and community, helping to establish a nursery school in BC, and West Island Senior Enterprises in QC.

She was a life member of the UCW, and a tireless volunteer for the Cancer Society. She took Freedom 55 to mean freedom to pursue a professional career, and was hired by the American Cancer Society in Connecticut, first as volunteer co-ordinator and then as Program Director, work she enjoyed well into her seventies.

She delighted in travel with Gordon to all the places she’d read of in her schoolbooks – India and Africa and Australia – and she always loved returning to London. From the Sunday School tea meetings at the Quebec Baptist Church, through wartime dances with servicemen, she loved a party, and was a gracious and accomplished hostess, even to her last days, never failing to offer visitors a drink or a treat. Even after Gordon’s death (2017) and her move to the Veterans Health Unit, she remained fully engaged with the world, reading the Sunday New York Times, deploring American politics, keeping up with family and friends (she was a life-long letter-writer), doing needlepoint (without glasses) and writing her memoirs.

The family is grateful for the attentive and respectful care of all the staff at the Veterans Health Unit. A memorial service will be held at a later date, with interment of her ashes with those of Gordon in Brockway Cemetery in the spring. If desired, memorial donations to a charity of you r choice will be gratefully appreciated by the family.

“Dance, then, wherever you may be.”

Share Your Memory of
Laurie
Upload Your Memory View All Memories
Be the first to upload a memory!
Share A Memory